Along with a few other canal-based northern cities, such as Amsterdam and Stockholm, Bruges is sometimes referred to as “The Venice of the North”. 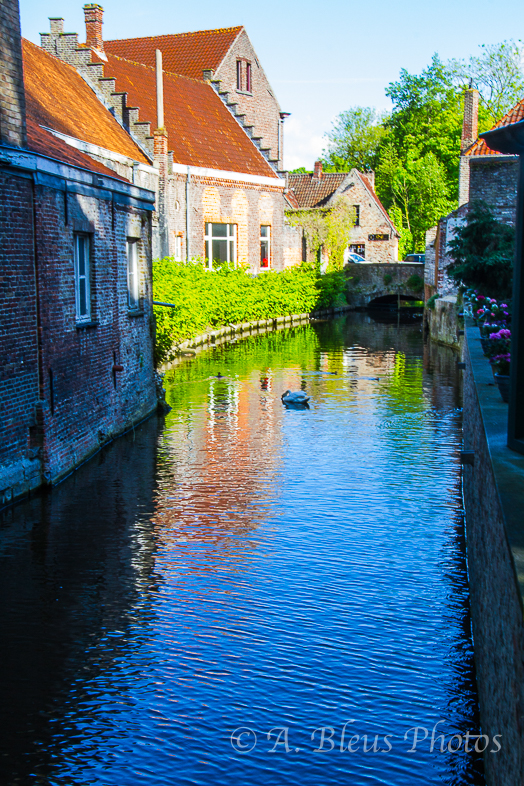 The famous medieval Belfry Belfort of Bruges on Market Square.

The Markt (“Market Square”) of Bruges is located in the heart of the city and covers an area of about 1 hectare. Some historical highlights around the square include the 12th-century belfry and the Provincial Court (originally the Waterhall, which in 1787 was demolished and replaced by a classicist building that from 1850 served as provincial court and after a fire in 1878 was rebuilt in a neo-Gothic style in 1887.

In 1995 the market was completely renovated. Parking in the square was removed and the area became mostly traffic-free, thus being more celebration friendly. The renovated market was reopened in 1996 with a concert by Helmut Lotti. 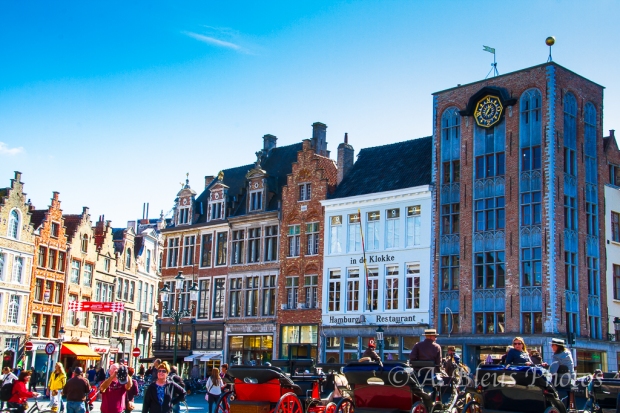 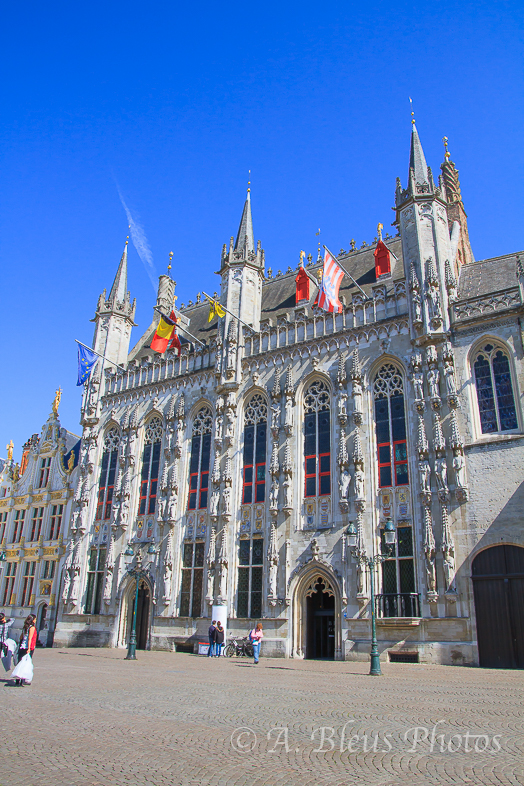 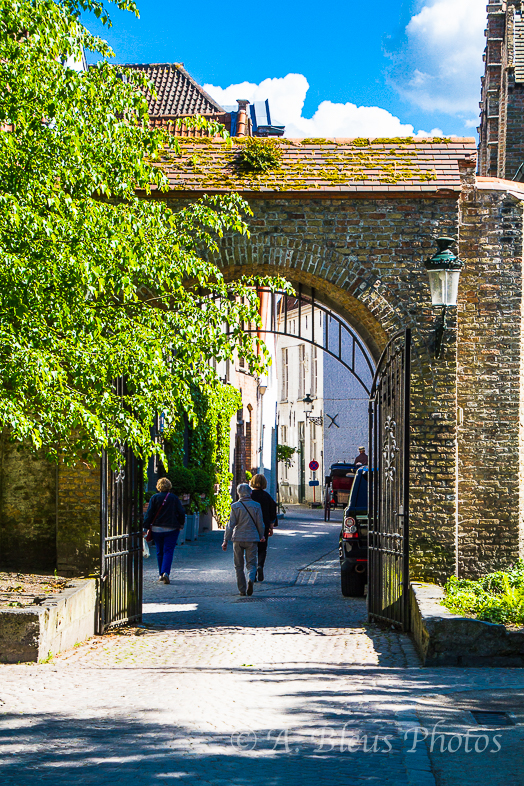 View of Church from Canal in Bruges

Church of our Lady, Bruges, Belgium

The Church of Our Lady in Bruges, Belgium, dates mainly from the 13th, 14th and 15th centuries. Its tower, at 122.3 meters in height, remains the tallest structure in the city and the second tallest brickwork tower in the world.

Under the Bridge in Bruges 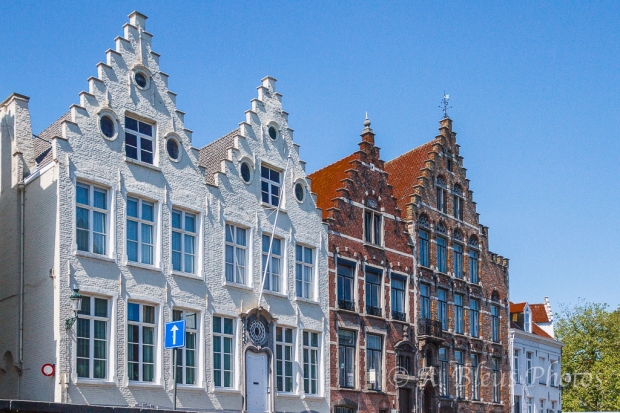 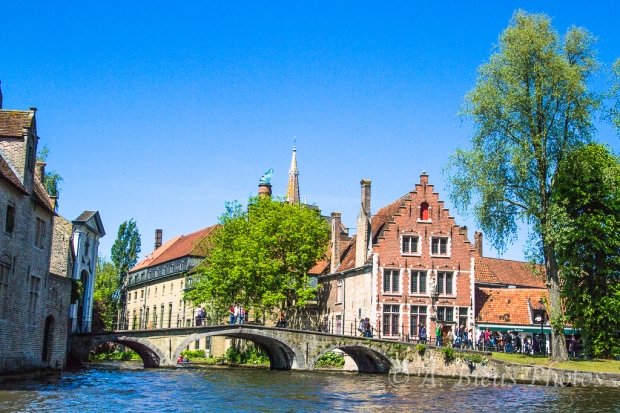 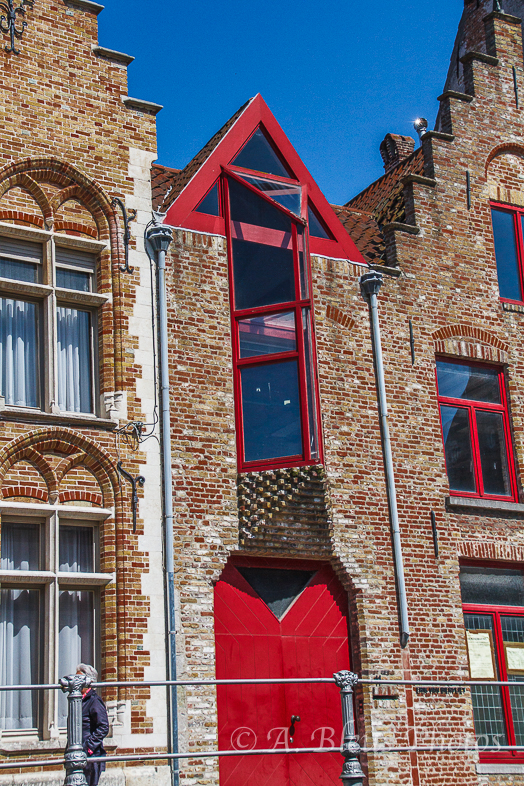 Red Brick Houses along the Canal in Bruges

Red Window House along the Canal in Bruges 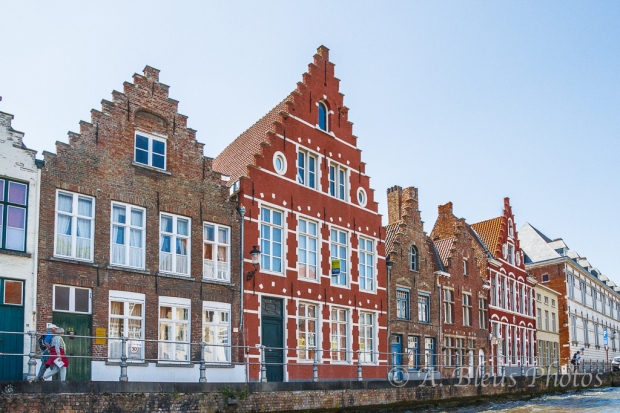 House on Canal in Bruges

Row of Houses along Canal in Bruges 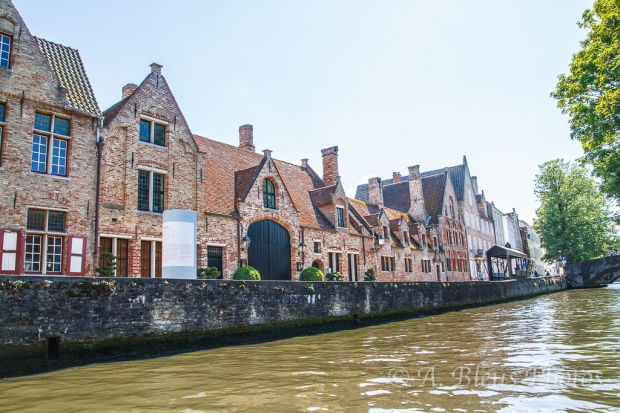